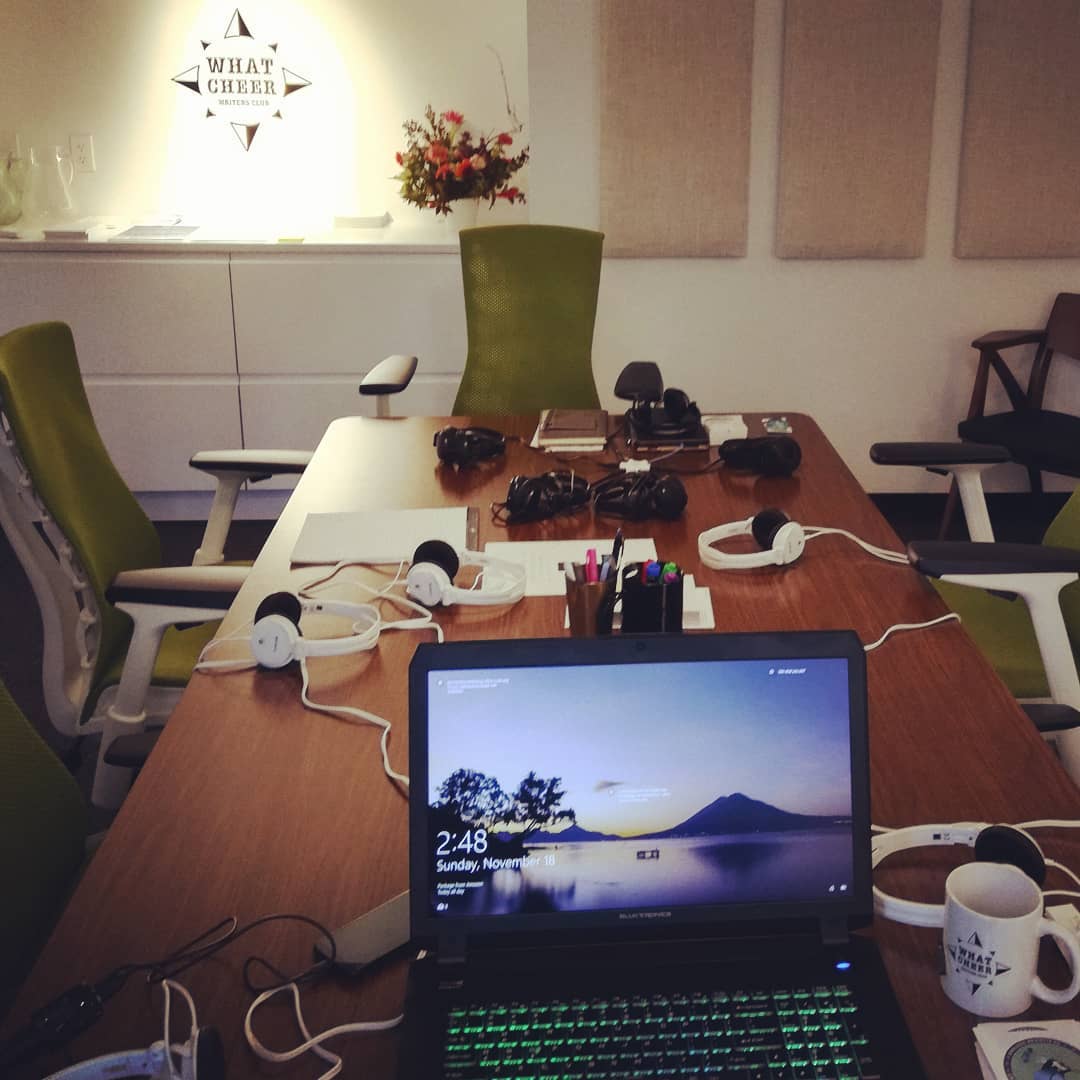 The NaNoWriMo Sprint Day at What Cheer Writers Club in Providence was awesome! We tested our new exclusive headphone setup that is capable of supporting 10 simultaneous creators. It allows us to set up and launch into a creative workshop quickly. We used the EB Session 072: Night Weirdos. Our participants brought amazing perspectives to the workshop today. One participant edited an article covering the important influence of philanthropist women in our country. Another participant generated wonderful notes about a shape-shifting mechanical dragon. We had yet another participant draw these incredible line art illustrations with embedded text–there were several pages that all flowed together in a representation of the session. Carolyn and I wrote a few short pieces. I will paste those below. Here’s to an amazing day of creativity! Make sure to join our Endless Beautiful Creators FB Group to get our livestreams and create with us! 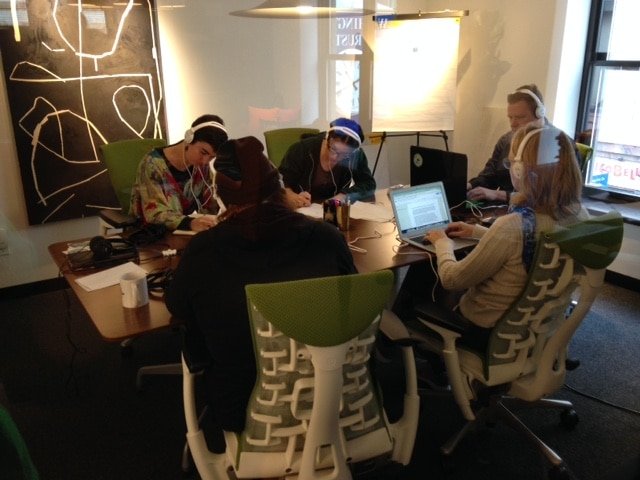 They ran me into the ground, till there was nothing left, my hands so arthritic they might as well have been blocks or bricks, my back so twisted I couldn’t even climb a flight of stairs without maybe falling on my ass. How far I have fallen.

The money wasn’t even that good working out on the line; enough to keep me going, keep food on the table, keep shoes on the kids’ feet, but in the end, now that I see that all there is left for me to do is die in the small town, I know it wasn’t enough. At least the kids were smart enough to leave.

I was a fool to think that they’d want anything to do with it; a selfish idiot really. Jimmy moved off to New York. He loves art. I still have the pictures that he drew in class; Jim got that from his mother. Susan lives in Florida now; works for the park service; I guess she probably picked a little of that up from her old man. They’re getting on pretty good I guess, and maybe that’s all I should ask for at this age. My wife Karen is dead. Five years now. I just have my old German Shepard, buck, my Tennessee whiskey, and bad television.

Did I do it right? Working in the manufacturing plant was the only life that I knew. My pa worked in the mines; hell, he was dead ten years before my current age— pa was out of my life by the time I was ten. What am I good for though? Really, the kids call me on Thanksgiving. Sometimes Susan remembers my birthday. Jim forgets to call a lot. It used to be when he needed something, now that he’s found steady work and maybe I wife, he calls a lot less. And here I sit.

I call the neighbor boys over to split wood, but even they are growing up, growing out of living in a place like this. The oldest one is already an elevator repairman. I wish I would just die already. I wish I could just disappear, turn to dust, and they could just come in and sweep me up, or vacuum me and empty me out into the trash.

That isn’t how it works though. When I was sixteen, when I was sixteen I found my uncle Tommy hanging from the rafters in his garage. When I walked in, I was scared, and I hightailed it the hell out of there. But after I caught my breath, i came back. I sat in the corner and watched him swing, watched the piss drip off his boot, and looked at his dried tongue hanging out of his purple lips. I cried, too. I didn’t know why, at the time, but now I think I might be catching on. Maybe I knew that uncle Tommy was onto something.

He worked in the factories, too. They broke him. He didn’t have any kids that I knew of. But I remember the anger that set in on Tommy’s face after a while.

The thrum of the body is a quick pulsing,
an intracellular pumping — there is room,
you see, for expansion and retraction both,
room in the mountain for its caves,
room in the forest for its hollow trees,
room in the ocean for the spaces among the sand.
If we are all mostly empty,
let’s embrace the echo, let’s hear
the mules clomping along the canyon walls
and the singing of the bats
within the crowds of flies — let’s be consumed by it,
let the river eat us, digest our dirt
and scrub us raw as the scoured channel,
let us climb out filthy again on the muddy banks.
We have so many years — only so many,
so let us fill them with thrumming vastness,
let us become so open of space that
weather is all that tethers us, that
when we thunder, we recognize the lightning
for the new opening it rents in us,
a new emptiness, a renewed alert
that our universe is getting bigger,
that elevation into heaven is,
in a relative sense, only as far into the vacuum
as we send ourselves —
there is rhythm — cymbals, timpani,
look at that space there: between
the drumhead and the mallet, how they quiver,
inoculate us with freedom,
and reverberate our hearing back to us.
There is room for the unknown
and the space it fills.