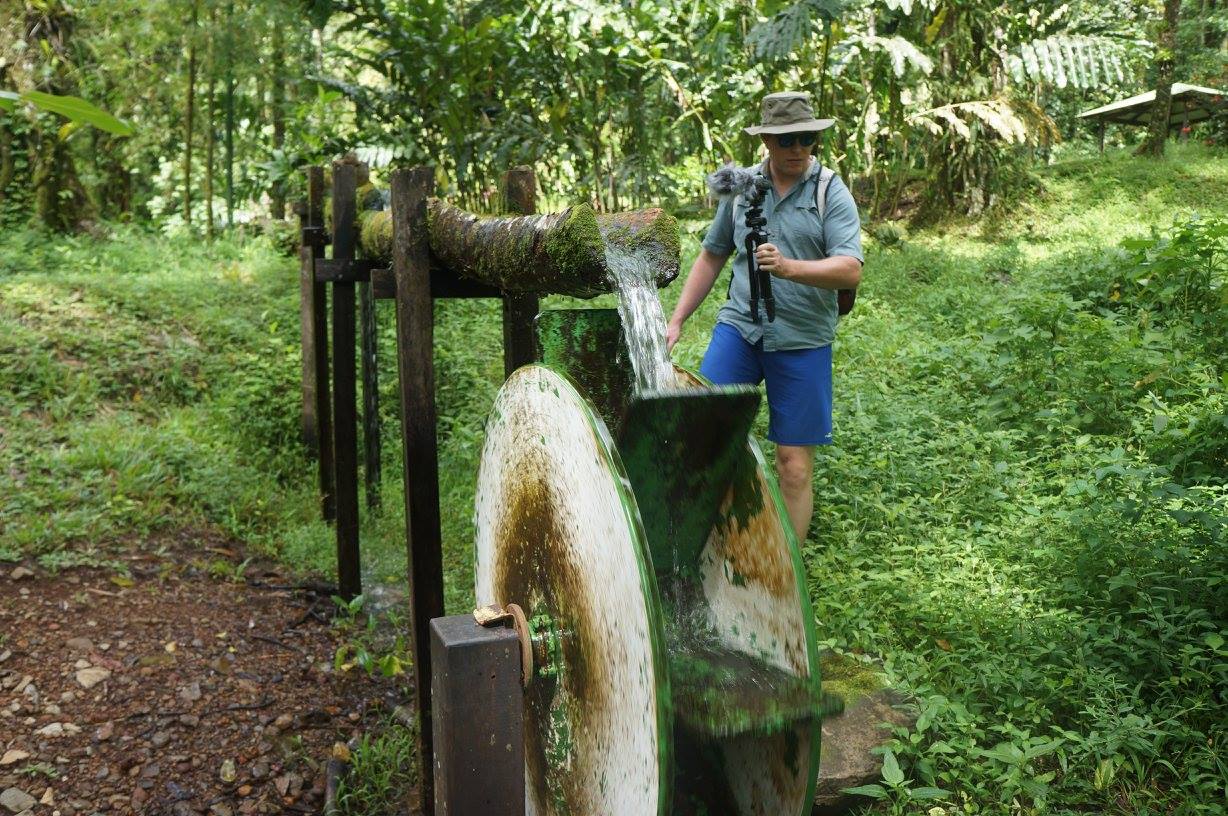 Jake Starkey and his wife own the branding and design company Battle Cry Revival and live in the Houston Texas suburb of Alvin.  He is also the host of the Break the Box Podcast and is a graphic designer and an award-winning filmmaker.

The nighttime television rang loudly across the moonlight landscape of Jim’s quiet suburb. He loved listening to the crickets and Ms. Willaker’s emphysemic laugh and shouts as she watched her evening gameshows.

There was an excited “No, No, No!” from across the street. Jim could see through the basement window of the two story. Three teens playing Xbox stooding up and shouted at the television. They were playing football, and it looked like their team had just lost. Jim took a sip from his tepid coffee, and the boys hit start to play again.

A car drove down Jim’s quiet nighttime street. He didn’t recognize the vehicle. It looked old. Big Oldsmobile. The muffled radio noise that was inside flashed to life as the window cracked. A young woman popped her head out.

“Excuse meeee!” She hadn’t heard him.

“Yeah!” The radio from inside the car lowered.

“Sorry, I was just driving down Peach, and I saw a dog over there. Looks like it might have broken its leg. You don’t have a dog do you?”

Jim didn’t have a dog.

“I don’t think so. It had pretty short hair.” She leaned out the window a little further and stared at him. “Will you go with me or follow me with your car or something? It’s just down on Peach.”

Jim reached down and took another sip of his coffee. “Okay. Let’s check it out.”

They get to the scene of the dog.

Sure enough, there is a chocolate lab whining by the edge of sidewalk. Jim was glad to get out of the car with Rene. The cracked leather and windshield creeped him out. Jim slowly approached the dog with his hands extended. He could see it’s paw was caught along the concrete.

It let out a high-pitched whine when they drew near. Rene grabbed a bottle of water from behind her seat.

“Should we put this on?”

Digital crickets – and whose voices over these?
I don’t know, but they seem happy –
a tropical fern below a florescent bulb –
it isn’t the spotlight you expect,
but let’s see what blooms under neon glow –
the place is open, fourteen hundred angels
dancing on the tip of the electric plug,
its three pins – two to conduct and one to ground –

those numbers don’t divide –
that means some fractional angel is
spreading out her fractal,
her harp a cricket leg – her cloud a crowd
of beachgoers, ball players, revelers –

Can there be serenity anywhere?
My father tells me a parable
about a monk, Tibetan, imprisoned,
and his greatest sin a day of not forgiving –

He tells me this because he has just
taken a course on conducting divining rods,
the flow of angelic advisors
unfurling his energy along an uncurled
coat hanger – his love like the call of a conch shell,
guttural, feeling its way over the water.

Look how much blood there is within us,
and how much in the schools of fish
down there in the water he practices finding –
summoning the life force –

Maybe it is the fish turning the rods –
they’ve an electric organ detecting
how close is each other deep-going-denizen,
it’s built into their bodies

And birds! (Turtles too.) They have these internal magnets,
the molecule magnetite concentrated in their brains,
aligning to the magnetic field, the solar drift,
navigating pole to pole,
think of geese, of roseate terns, of the red knot,
the great pelagic sea turtles going and going
along the currents of their minds –

I have this power too –
I am all too keen to forget it.
I uncork it. I reach across the table
and touch your hand
because the hidden conductors
are not screaming – no – they are so powerful
they need only speak to me plainly.

I am as serene as the heat
leaving the glass of boiled water,
I warm the room – I am not left cold by it.
Since my time among the Buddhists
I have taken to drinking my water warm –
good for the gut.

Guru Rinpoche speaks of the eagle and its shadow –
and I begin to understand.