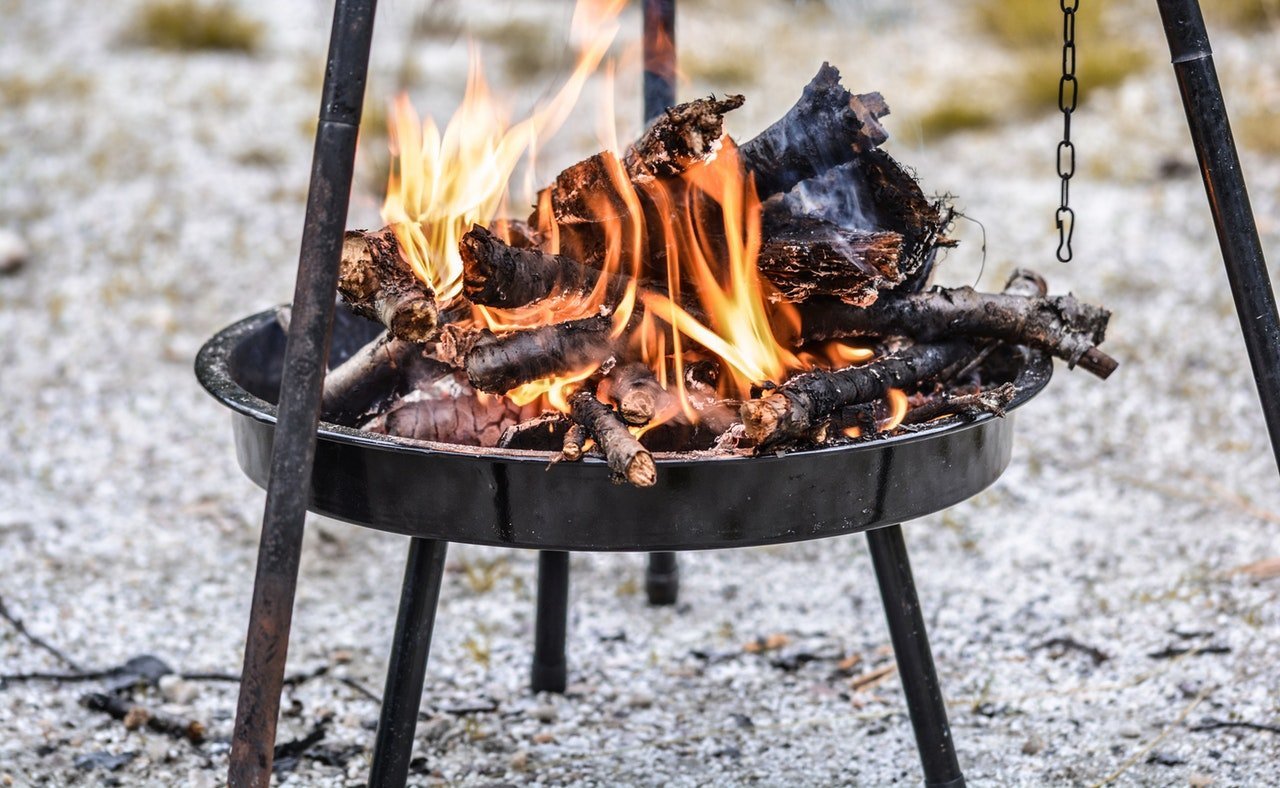 Gather around the fire and cook up some creative treats with writing instructor and operations director of Frequency Writers, Karen Haskell!

Karen Haskell has an MFA in writing from Sarah Lawrence College. Her chapbook Sixty Years was published by Finishing Line Press. Her work has been included in anthologies, RI Parent Magazine, and she was a member of the Listen to Your Mother Providence cast. Karen has over 12 years of experience as an administrator in non-profit adult education and as a teacher in higher education. She has also been a Frequency volunteer and student.

The scrape of the ball
across the grass blades
is nearly noiseless
except to those living below
like the worms you worry about
when they appear bloated & translucent
on our driveway after a heavy rain.

You are not yet sure
how they can drown
without a lake.
You are 7 this fall.
The age Piaget
says reason begins.

I remember the neighbors
telling us that for years
they told their children
that the ice cream truck
was a music truck.
That it came every afternoon
just after the school bus
to help celebrate the day.

The neighbor’s children are
in middle school now
and the ice cream truck
stopped coming a long time ago.
This is how most things change.
Slowly, unseen,
tunneling under the surface,
unless the storm
pushes them out.

He pulled the heavy metal lid open and peered down into the blackness of the tanker. There hadn’t been any sign on the road of infiltration, but this was definitely a nice spot for shelter. Jad’s flashlight had died months prior when he had dropped it in the river during the county rock running competition.

Cotton candy, hot wieners, live music, and root beer. Jad had finished second during the competition, but he had trashed his light in the process. Funny how there was all the cotton candy and wieners in the world, and a guy couldn’t even keep track of the necessities.

Jad dropped down into the tanker. He landed hard on his knee when he hit the bottom. A flash of white shot through his eyeballs. Jad’s tried to control his breath.

There was something in the dark tanker.

“No friend,” replied a deep, slushy voice from the other end of the tanker.

“You bring the key? The one with the chain. The one that controls the trees and the wind?”

He jumped up toward the lit circle of the open hatch above and desperately scrambled. Jad could feel a heavy weight wrap around his boot. He began to kick wildly.

Jad kicked hard and caught something soft, possibly the creatures nose or lip. He twisted his body hard, forgetting how to live, and remembering how to survive.

And then he slipped and fell back. When he landed back into the trailer he fell into the middle of an observation chamber. On a gurney. There were 20 spectators sitting on the edge of the high auditorium seats.

A surgeon approached with a large saw and bent down to Jad.

“I told you that I was going to get that key boy. Now give me that hand.”

Jad went to pull his arm only to find that it was fastened with a belt beside him.

“Just think about the birds.”

There are critters down below the leaf litter,
somebody squiggling between the rust of
the tractor hull – the cavernous muffler,
somebody with a body of noses
and a search key for decay
is nestling into the crowded underground.

As we age, we become more microscopic,
more tradeworthy, components exchanged
in this set and changing form –
this internal landscape.

I remind myself that nothing really goes away.
And that it is dangerous to speak of alls
and nothings and nevers and always.
The nerve of it! To suggest that the
conditional is only a subset of the
everlasting and that the ongoing isn’t
going to be or ever stay what we intended.

Still – isn’t it nice the way the ink glides,
the way sand falls into a pile,
how bells jangle on the post woman’s key chain,
how they give dog treats at the Dunkin Donuts drive thru window
and a golden retriever wags their whole body
in the backseat of the car ahead.

Again here goes always – isn’t there always
somebody alive, a snail crawling
in the piled coals of last night’s beach fire.
Right about there? See him?
You can pick him up if you put him right back.

Here. Here is an empty shell.
A more distant stranger. Put this one to you ear
and you just might hear your very own ocean.
There are birds there?
That’s good. That’s strange.
That’s good.