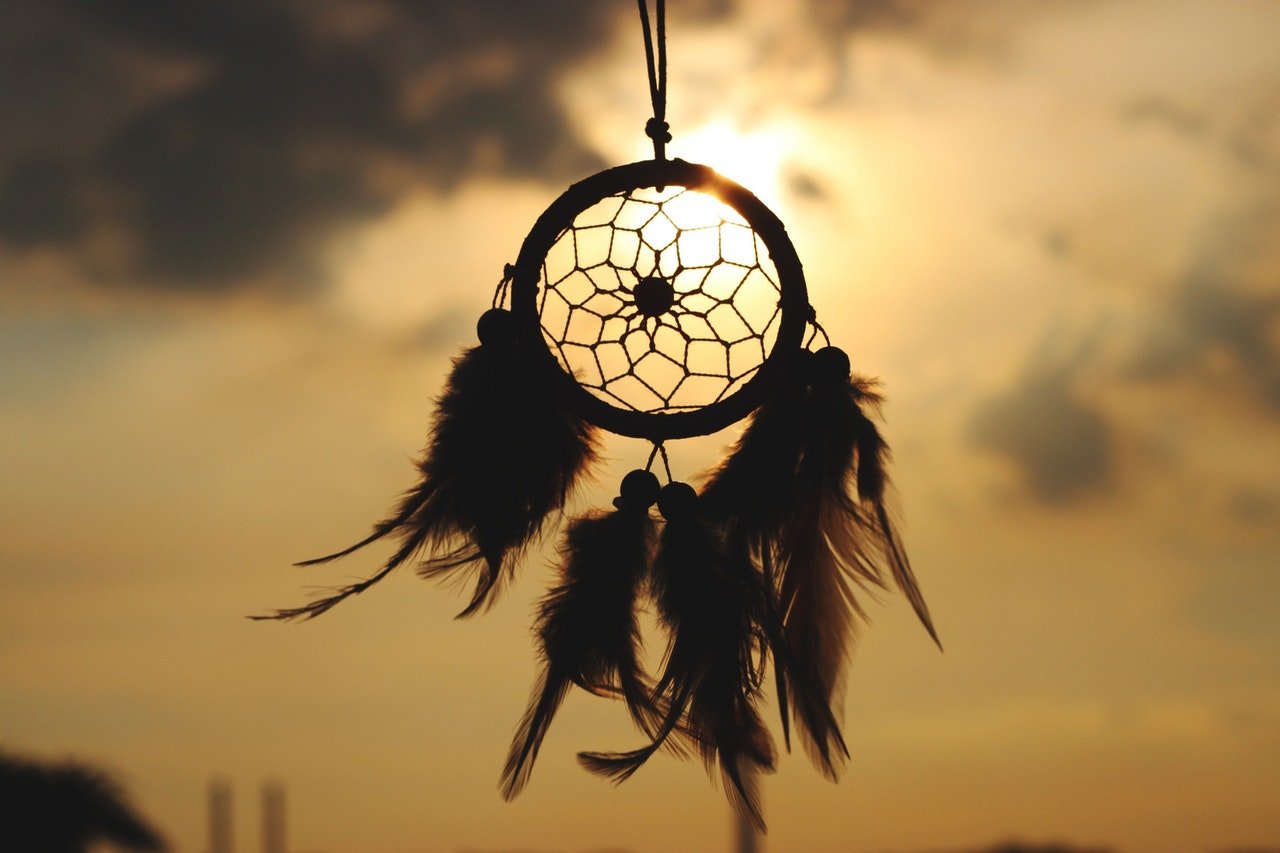 Dream a little dream of creativity with Dan Hinds, author and poet behind Stories Podcast, one of the most-listened to podcasts for kids across the world!

Dan Hinds is the author and poet behind Stories Podcast, one of the most-listened to podcasts for kids across the world.

Billy pulled another one of the heavy stones away from the mouth of the cave. A few more and they would be in. The rocks will big and oblong gray ones. Probably dug up from a farmer’s field a long time ago. Brown and orange leaves were stacked and covered the mound.

Billy figured the trees had dropped the leaves over the years, but when he looked back at Sam, he could see that she was thinking the same thing. What if somebody didn’t want them to look in the cave?

After all it was just 5 minutes away from the house in the back woods.

Billy pulled another big stones back from the pile. He motioned his younger sister Sam to help him brush the leaves and roll it off. He could feel the cool musty air coming out of the cave. It smelled of old wood, maybe even roots, soil and worms.

Sam turned the red flashlight on that they had brought from the house. It was one of those crank ones for emergencies. You pointed it into the black mouth of the cave. The light wasn’t nearly enough. Sam cranked the light a few times, but it didn’t really help. It was just really dark in the cave.

Billy rolled the last big rock out of the way. There was enough room for them both to fit through. He looked at Sam again.

“Okay,” said Billy. He grabbed the red windup flashlight from Sam and pushed he way forward into the darkness. He could feel a cobweb brush against his face. He squirmed his way forward until he was past the rocks and on the soft soil floor.

Billy couldn’t see much in the cave. His eyes were still adjusting.

“Yeah, c’mon. Don’t be a big baby about it. You were the one that said you wanted to go adventuring.”

Billy could hear Sam groan before she started moving her way into the cave. When she reached him, she was about 2 inches away from his face and breathing heavily.

“Your breathing. I can’t hear. What if there’s a bear?”

“Sorry.” Sam covered her mouth and tried to breathe through her nose. Their eyes began to adjust, and Billy started to make out ghostly shapes in the darkness. He cranked the light a few times and pointed it toward the far side.

What was this? There was a clock on the wall! The pendulum hung low and straight and as Billy approached it, he could see cobwebs on the hands. It looked like the clock hadn’t been used in years. This was a bit of a relief.

He did and there was something on the wall. Billy moved over and as it lit up, he could see that it was a painting.

“It looks like a painting of a cowboy or something!” said Sam. “You can see his hat and a his horse and….”

There was a rustle outside.

Penny in the well.
Pestle in the mortar.
Give me something I can hold and crush
before loosening—would you let that thing be you?
Yes—you—amalgam of things,
you the forest, the leaf litter friable,
all your years fresh beneath you.

Grace come be my daughter—
the one I saw looking upward from the wood floor,
the one who had eyes entirely unlike mine.

I want to feel my pulse quicken like applause,
my spine turning on its vertebrae,
a whirlwind xylophone, I want the work
of my friends seeped into me like the ground water table,
the madness of love etched indelibly as a fingerprint.

I don’t care how chaotic it gets—
how flushed my cheeks—
how dark down into the water my wishes fall.

Fold a piece of paper seven times.
No more dense will this missive come
than the center of the earth.

There are things living down there.
Archaea in magma, ice, where
Robert Frost found death twice
is only somebody else’s rebirth.

I’ll send my wishes there.
I’ll send the synapses of my unwavering fancy
into the big oblivion of the well-bottom,
the gravity well—the radio signature
twisted as an unrecognizable prescription.

Even time has behavior.
I will wish to teach it love—or better
longing, I will teach it faith as I have
been unable to teach myself.

Is that the goal?

Do I hope to reinvent fire
in the amniotic fluid of my own womb?
Why not? My heart is flammable—
blood (chemically) (really) explosive.
Would you like to be my kindling?
And in that I mean kin.
And kind. And ing. Ongoing.