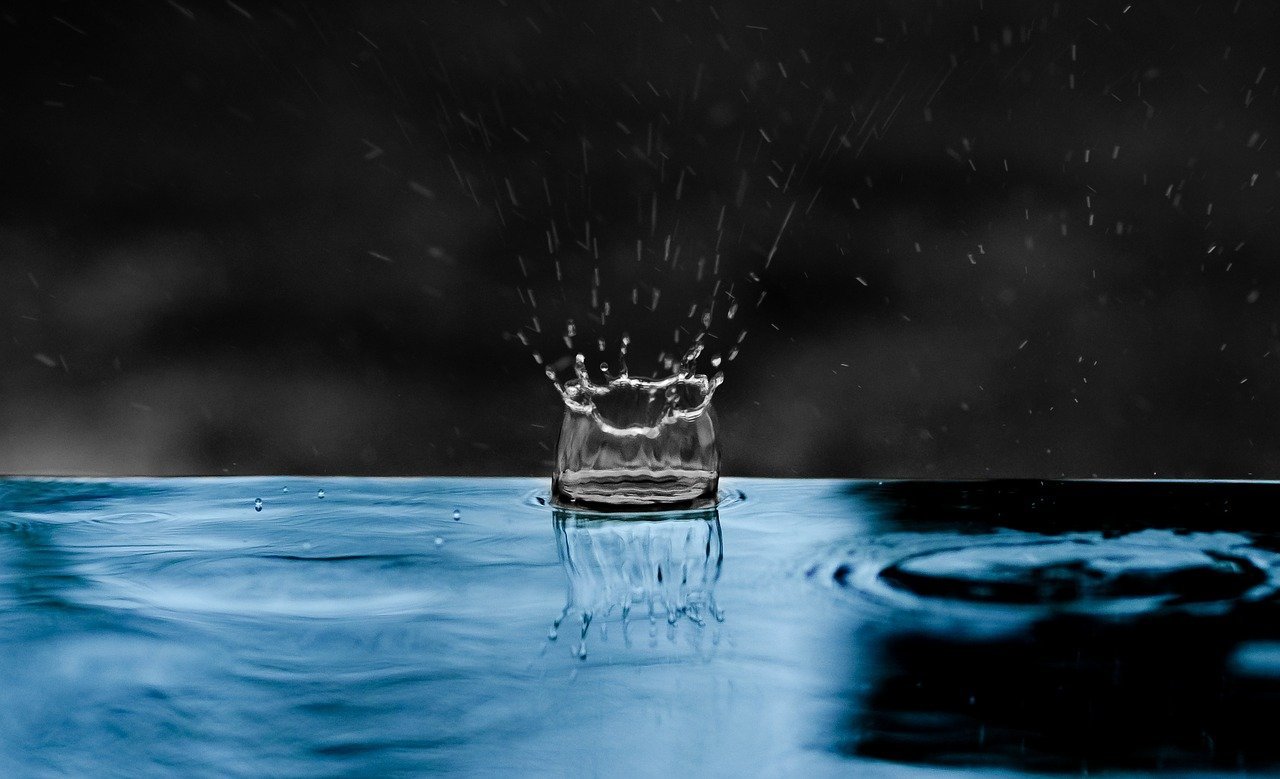 Join EB and Scott Mullins from thisiswriting.com as we venture out and enjoy a warm summer shower of creativity!

Scott Mullins is a writer and founder of thisiswriting.com. His site features several resources for writers, many of them free of charge. This is Writing has an archive of hundreds of interviews and excerpts from authors from around the world – aimed at helping writers connect and share ideas. Check it out!

Rain always made her happy. It’s patter on the tin roof. Dexter her cat nudged and nestle himself against her as she waited. And right on time there he was again. He stepped out into the rain as if it wasn’t even there. Even in the darkness she could see the rain crash and break against his coat.

As he normally did, he took out a single cigarette shielding it from the rain while he lit it with one deep breath. The flame from his lighter illuminated his face for a brief moment. He wasn’t attractive by any means but she was drawn to him. More out of mystery than anything else. She knew that she could never talk to him. More that should would never have the courage to.

Each night he would come out for a moment or two. Then he would casual drop his smoke to the ground and lightly stamp it out with a twist of his boot.

She watched him from her window.

He didn’t have a care.

And he had no idea she was watching. She smiled to herself. Knowing that she had at least one secret.

It had been raining for seventeen days. All hard. No let up. The river swollen far beyond the banks. News over the little yellow survival crank radio that I had said 157 dead. This wasn’t good. The levee had broken. Two bridges that I knew of anyway had washed out.

My cat, Bella was beginning to get anxious. She knew that we were going to have to leave. My sandbags that I had filled with sand from a nearby pit, the ones that I spent a week filling and hauling back, 2000 of them, well, they did what they could.

I opened the front door of my second floor apartment and looked down at the encroaching water. I saw something dark under the surface. I hoped it wasn’t a body.

Bella and I had already packed our bags. We new that it was only a matter of time. I had a dozen tins of wet cat food and some ziplocks of kibble for the cat. For myself, I had a green seabag full of MRE’s from the military.

I felt like I was getting gouged at the military surplus store when I bought them, especially since I used to get MREs free in the Marines, but you didn’t mess around with this stuff. You needed clean food and water.

I had a kayak tied to one of the trees in the backyard and covered with a dark tarp. I didn’t want it to draw too much attention. Looters had been going haywire around the town. They had even tried robbing the bank. Idiots.

I grabbed Bella and put her in a small cage, attached that to my pack, put on a headlamp, grabbed my 9 mm pistol, and a machete, and set out. The water was cold, and it was already up to my waist. Nothing like this had ever happened in this part of Wisconsin before, not since the Ice Age anyway.

I waded to kayak. Bella was crying in my pack. I had put a yellow slicker over my head and the pack to try to protect her, but the sound of the heavy drops slamming down onto it was deafening.

I wrestled with the tarp a bit, with the intention of taking it with, but it was so waterlogged and unwieldy I decided to let it just go with the rest of my belongings.

We got in the Kayak, I untied the rope, and we were off. I began paddling.

It was midday. The water splashing from the surface of the water was blinding. I persevered.

I would survive this. And so would Bella.

We were going to start a new life somewhere….dry.

Rain is the temporary return –
cloud sending back what the sun took –
rain is the exchange – the most peaceful injustice,
falling here where it didn’t last year,
and sometimes too much, then too little,
then sticking in the air refusing to stay.
Rain isn’t willful. It isn’t something we deserve.
It obeys its patterns, and we ours.

What then is the point? The comet tail
trailing behind the water drop, the known shape
colliding with the ever changing seascapes,
the soils – is it futile – the future –
is it a stone’s throw – is there ever any way of telling?
I don’t like being this desperate.

Perhaps there is something else to focus on.
I could turn to telling lies – or worse
believing them, becoming the bellows
before a sour flame, greased and wheezing –
the easy up and down along the hinge
never minding the heat – never minding
the fibrous paper of my making,
how I am only ever a few degrees away.

Metaphors are easy preaching.
Even the choir is getting tired.
Can we not instead do something magical?
Or at least practical.
What do we practice? Sense is
dull as white noise – sensuous in all its grays.

Wisdom is a stray dog, wet in the street,
letting itself feel the weather.
Kindness is a metronome – steady drops –
A mark to measure by – a pattern to count on,
and to take in sequence.