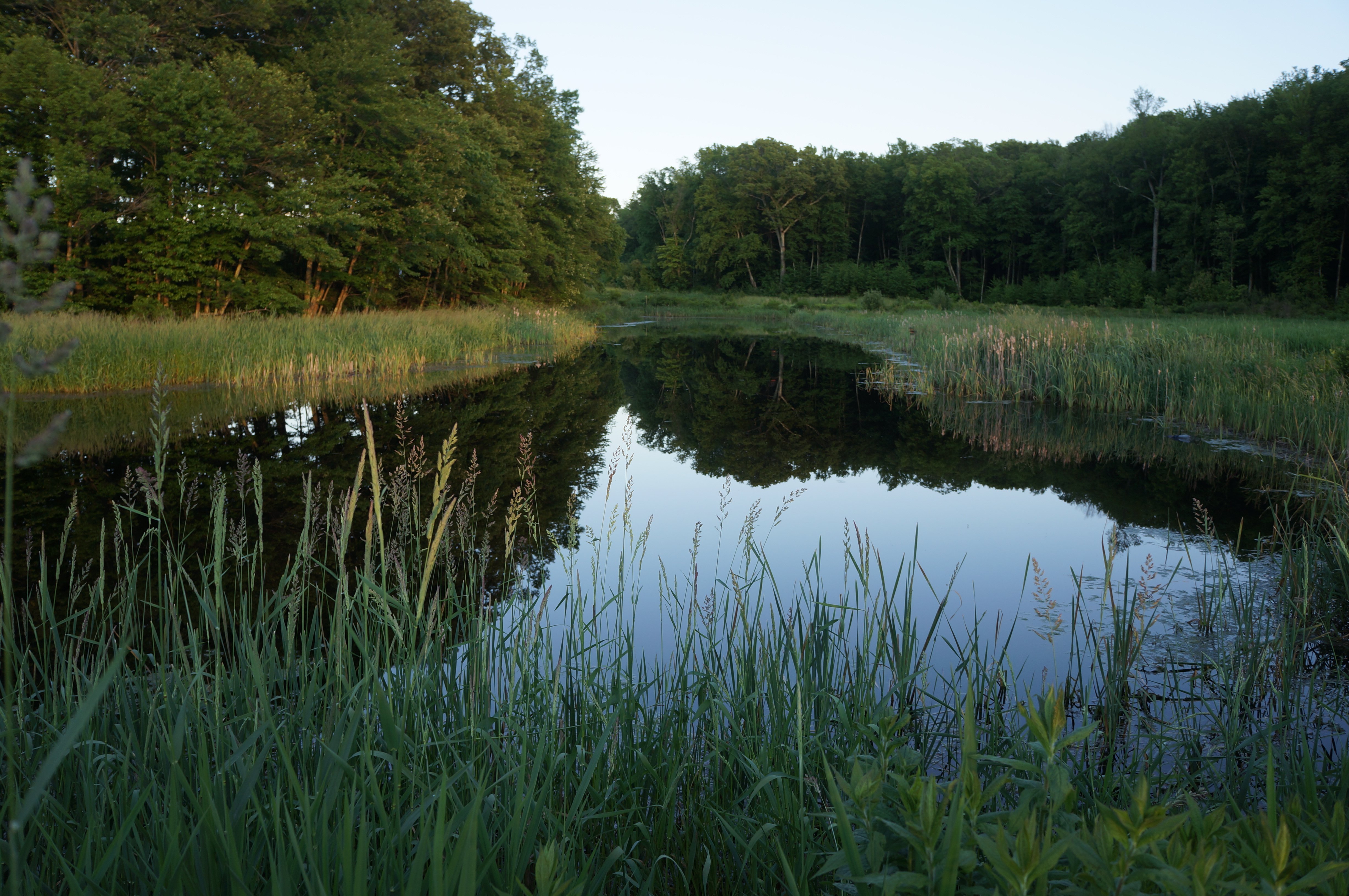 I woke up to the not so eerie call from an owl somewhere deep in snake den. Okay, I admit, I hadn’t really been sleeping in the tent on the first day of BioBlitz 2017. My mind was reeling with excitement. I imagined mountain lions leaping from trees and singing weird German songs into my mic. Oh, it would be epic. They’d be writing it in the papers for years.

Oh yeah, the owl. There it was far off in the distance again. We had tried to find it with a group the previous night. Matt and some of the other birders had taken us out. No luck. It had just ended with bug bites and wood ticks.

I looked over at Carolyn in our tent. She was sleeping soundly in the tent. I had to try to get that owl. I looked at my phone. It was 4 am. Oh man. This was going to be a long day, but adventures like this stick to your memory like moth to a cloth. I began to get dressed.

I opened the tent. The moon was full, and the birds were beginning to open in song. There were so many layers of sound. It was almost overwhelming, a crowded party, but the potential of the day made it exciting. I set out with the recorder.

As I rounded the barn, there was Matt, standing with long hair and his URI sweatshirt. He had heard the owl too. I said hello and continued into the forest. The incredible symphony of birds chirping, echoing off trees swallowed me.

Day was beginning to break. The owl stopped calling. But her call was replaced by new ones, pulling me in further. A robin, a thrush, an old stone wall and broken and rusted barbed wire. I crossed a stream in the morning glow and all of these things pulled me forward, deeper.

How much do we say to one another?
You with your namesake song
and me with my feet, my body, my voice
in the clustered trees, the regrowth,
the greenbrier, where someone small is surely hiding.

The birds in the forest stopped talking.
Or I have stopped hearing. What else is here?
The road never ceases. We all know that.
Even the moon offers a detour, silver path
to blind the intruder, the guest—
if any of these things I am.

The moon sees, and sings, and I do not know
its songs. Perhaps it sings the bird songs
back to them, a mirrored ear, each crater
the keeping place of the avian, the alluvian,
the antediluvian. What impact have I made?
What holes have I left my voice in? What
instrument will reveal me, record, remake.

I fictionalize. I make the interpretive
world into my truer one. The written.
The recorded. This was what it was.
But the making is remaking.
The eye of the drone, the microphone
is only as impartial as I am.

All this making is moonlight,
reflective of substance.
But then again, what does matter matter?
It is or it isn’t what I think it is.