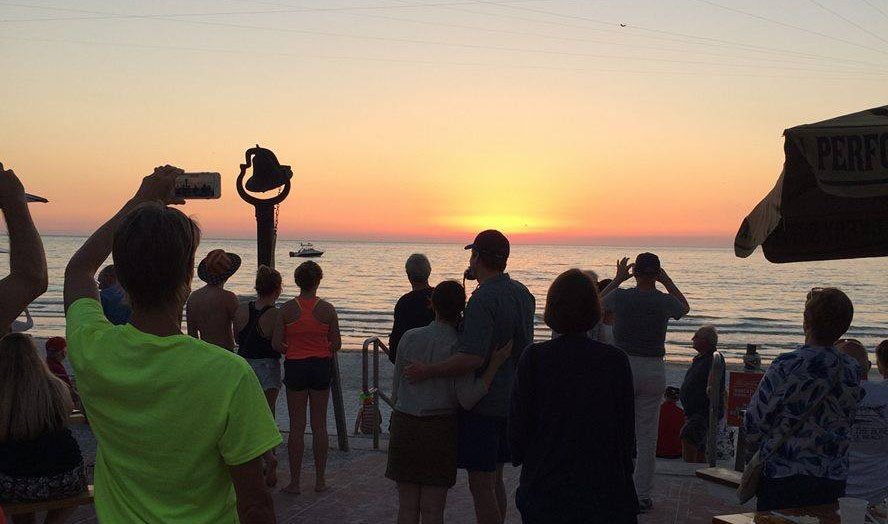 Ring in a new level of creativity with Endless Beautiful and our special guest Scott Mullins from ThisIsWriting.com!

All she needed was a moment. A moment to get close enough in the crowd. She weaved an intricate pattern as she focused on him. Aiming for him.

He wouldn’t notice someone like her, another face in the crowd. That was what she was counting on. He had long put her out of his mind but she hadn’t forgotten him. He was all she had thought about. For years she has watched him.

She pushed passed a man spruiking his wares. The man seemed to pause, just for an instance almost indefinable, but she was sure it was there. Then in an instant, he turned he darted down an alley.

She rushed forward, the conversations around her surged all at once in an uproar of violent confusion.

Panic set in. Had she lost her chance? Would he disappear back into the shadows?

Then a hand reached out of the crowd. Then darkness, and the road. An engine powering up. A car taking off. The rattle of the engine.

The trunk popped, and his hands reached in after her. He threw her to the ground. In the corner, she could see the hole that was already pre-dug. This was normally how these things end. Next to some long-forgotten truck stop.

She looked up at him. Her head pounding. She smiled as her hand tightened around the knife in her pocket.

It was hot. A woman’s sweaty arm brushed passed Rick’s. It was a bit disgusting, but the coolness of it was a welcome relief. Rick jumped up to try to spot Tony’s florescent green hat bobbing through the crowd. The dope. They had gone to the comedy festival for 3 years straight, and been hopelessly separated every time. They were lucky they didn’t end up in jail last time. Tony had dropped three hits of acid in the morning. By 10 am, he had jumped onstage during a standup’s routine, screaming something about cows and the apocalypse. Fortunately the standup had been a good sport about it. He rang the big bell that he had up top as a prop, and proclaimed Tony to be the festival’s resident dunce.

Rick was mortified. He hadn’t so much as smoked a cigarette before in his life, much less drop acid. He remembered looking back at the security posted behind the stage, palms brought up to their ears, with somebody probably screaming, “Take him down! Take him down!” By the time they did manage to run out onto the stage, Tony was nowhere to be seen. It took rick 24 hours to track him down, sleeping with some whinos down by the beach. What a mess. Rick didn’t know why he hung out with Tony, honestly.

Familiarity he supposed, as he wove through the seething swarm of sweaty drunks and strangers. Tony if anything, had consistently been there, even if that meant being a consistent mess. Rick made his way around the blue portapottys, to a gigantic bin full of empty beer cups. It reeked of plastic and stale beer. Rick frowned when he spotted glass perched atop the heap. There was a sign. Plastic only, bottle went over there. Dumbasses. And then it happened.

“Ladies and gentlemen, boys and girls!” belted over the P.A. for the nearest stage. There was no mistaking. It was Tony. Rick ran around the corner. A woman had a box of wine over her head and was chugging it. When she finished, white wine ran down her mouth and onto her breasts. She yelled out a battle cry like a Viking goddess.

“Knock, knock…” said the still not visible inebriated voice of Tony on the stage.

Oh god thought Rick, as he kept running. He imagined choppers launching off of pads, police on radios, speeding cars.

Rick pushed his way through the crowd some more until he spotted it. The green hat.

Her voice sits at the end of a bicycle spoke,
testing the ring of the bell in its circle,
waiting to turn over, to be oiled,
the wait is too long – too many strangers,
accents and tongues colored in red tones.

It looks exactly like that.
It is last call.

The tongue in the bell is told
to toll, a rope pulled guides it – ting-tong.
Ting tong. She imagines the daily spider
in the upturned brass hollow,
its threads taut and cut loose.

Spiders eat their webs. Some do.
She often eats her words, well chewed.
Her words are like warm soup,
chowder to go in a paper cup,
wax melted from its sides.

It isn’t shyness. Or dullness.
Is it defensive? Do I defend this woman?
I project onto her, scoop her attributes
like wet snow in the mouth of a shovel,
cannot resist touching.

A bell and a heap of snow draw our heat away.
How warmed by sunlight.
Sun on the ears.
She tucks her hair behind her ears,
showing off the folds to the light.
Catch brightness what normally catches sound.