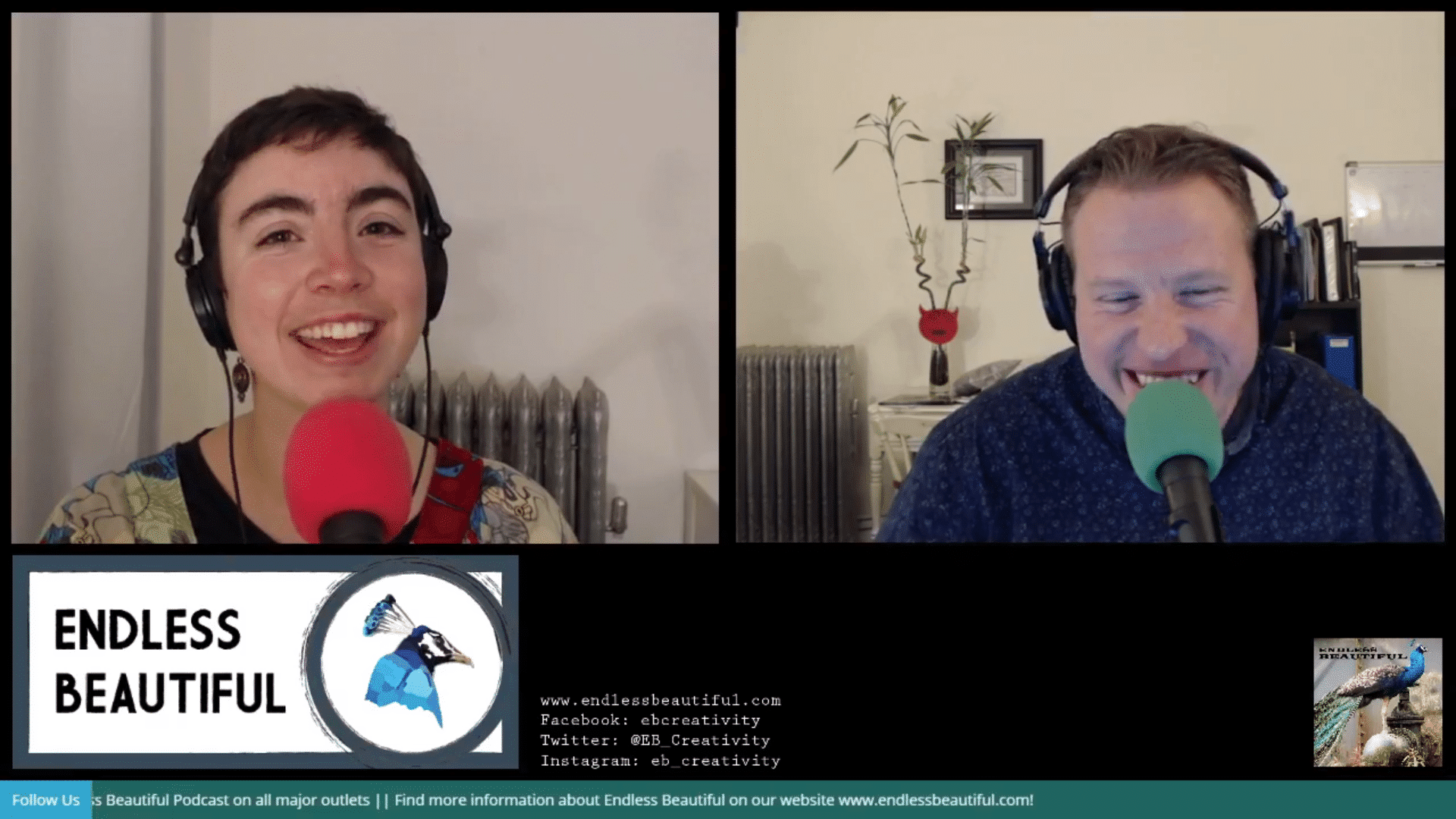 We picked a random session from our library and ended up with Session 56: Salt for this workshop. Watch and listen as Carolyn pens a fantasy world that she’s been imagining for 15 years! Lucas writes a story that examines a man’s harrowing escape from murderous drones. Is this frightening tale a window into our collective tech-dependent future? We have the video and audio versions of the livestream below.

It rains heavily in the swamps. Ever since the cataclysmic earthquakes, and the development of the desert, weather gets stuck over the bottomlands. The cliffs drop off far the west where the draining rivers empty over the lost city–whether or not elves lived there remains unclear. There’s an unwelcome energy in those archways. The people of the guidebook live in the swamp, and only those who have found one of the fleeting shadow plants hold the rank of honor, of those who see into that other eclipsed world.

They are proud musicmakers. String instruments, flutes, drums, and all their making waterproof and buoyant. Even their homes portable among the buttressed trees. Shallow shipbuilders too, not seafarers, but they will have sailing competitions on the great lake by the high waterfalls. Rarely, but perhaps less rarely than the other peoples of the land are they visited by the little folk, the old ones that live in the hollows of the world, keep the stories, and seldom intervene.

The people of the swamp are good hosts, but they guard their home fervently, and they do not like trespassers. On the far north of the country, they are not often on the receiving end of rumors, but they have heard of the shifters found lately in the kingdom–of creatures taking mythic forms, forgetting what they were before.

They fear this shifting, but they prepare for it to come within their waters. How to deal with it they will decide together when the time comes. They are not sending anyone after it, not yet. But three young ones are keen to stop it in its tracks. Twin brothers and a sister, only one of whom has seen one of the shadows yet. It made him quiet, and afraid, and his brother jealous, eager to prove himself. The sister admired but grows impatient to find her own, and earn its name.

He crouched low under the weathered slat of wood; the rain had been coming down hard for a few hours now; water was pooling by his feet, and Tony was trying his best to shake a shiver. An errant whistle left his mouth as he comforted himself. It was such a ridiculous slip of the situation he couldn’t help but laugh— and given the circumstances, he appreciated it.

Dropships were canvassing the area of the mountain pass. There were three in his vicinity now. Their strobing searchlights flitting through the trees. “What type of man was up there looking through such a thing?” thought Tony. Sure, they were machines, they were all machines, but somewhere there was someone getting rich, or getting off, or getting something. Tony hoped as much. Otherwise, this was all a waste. To throw away an entire civilization and possibly a species: human beings, to sell them down the river and not get fabulously rich or something, it was all a little too pointless for Tony.

He had been careless. He had been flagged for operating outside of the protocols of his community; it had started with a knock on his dormitory door; a beautiful woman had brought him a rose and asked him to dance; then she had asked him to download files from his Class 2 security job in the harbor. Tony was a virgin. Most humans were at this point in time. And the sight of a woman was overwhelming—intoxicating. He obeyed. He downloaded the files. Now he was running through the forest from machines that would tranquilize, eviscerate, and vaporize within seconds. What a game this had become. The strobing machine moved on to another sector, and Tony ran through the surging rain and pressed against a wide oak.

Tony enjoyed games. Not the super-immersive combat sims. Not even VR. He liked the simple ones. His grandfather brought Tony to an arcade when he was a child, when they were filled with pinball machines and light-gun games, not sexbots and morphine transfer units. He remembered playing one called The Addams Family for hours while his grandfather patiently watched and sat on a stool behind him.

His grandpa would occasionally say things like, “Feel that recoil when you press the buttons?” or “Go ahead, tilt the machine a bit, not too much though,” and Tony would squeal with exhilaration. Even when he was a child, things that were “physical” beyond interfacing with the digital word, were a novelty.

Now Tony was dealing with all the physical he could handle.

The government was not shy to showcase videos of drones swooping down and plucking fugitives, carrying them up hundreds of feet, and dropping them like sadistic birds of prey.

He hoped he wouldn’t make the highlight reel.