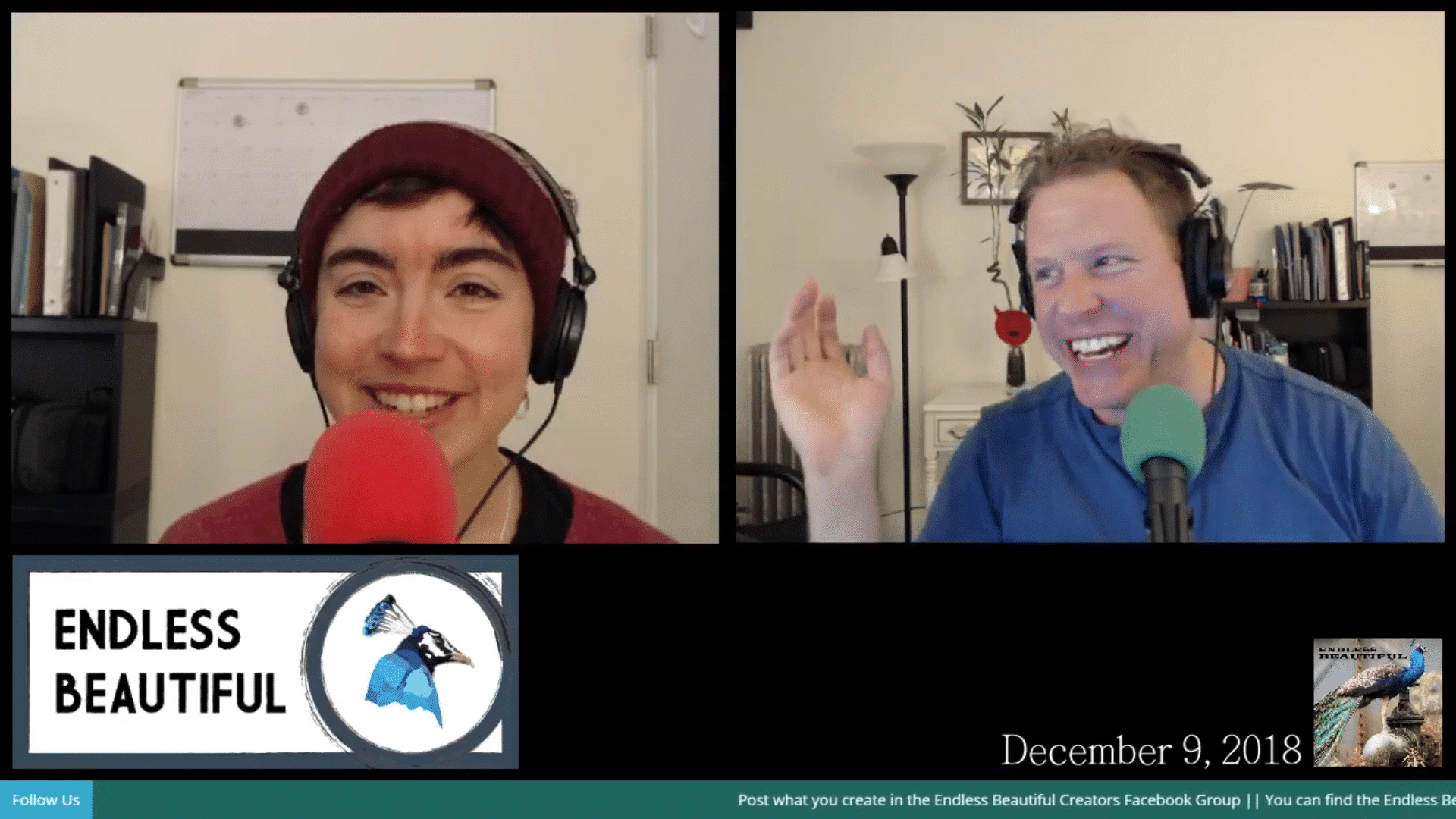 We use Session 73: Gift for this workshop. Watch and listen as Carolyn shares her powerful story of being in the Women’s March in Boston. Lucas shares a crazy story about being at a Slayer concert. The discussion then turns to ideas of liberty in America and what that means in 2018. We have the video and audio versions of the below. Please consider joining our Facebook Group and creating with us! Endless Beautiful is all about creating meaningful conversations with our art!

The crowd was going wild. Children jumped in their seats. Men threw buckets of popcorn at one another. Mothers flung hotdogs onto the stage. It was complete anarchy.

“Take a seat, take a seat, ladies and gentlemen!” It was the bodiless announcer booming over the loudspeakers. A fat raccoon, oblivious to the command, rolled its way out onto the stage. The crowd went into a frenzy again. This went on for another five minutes.

Finally, after everybody’s vocal cords were charred, and they felt like they were going to pass out if they didn’t get a drink in them, they sat down.

Attendants wearing black t-shirts, black pants, white sneakers, and wireless headsets like secret service agents raced up the stairs onto the stage. They frantically swept the hotdogs, raccoons, and other rubbish off the stage. A tall throne, gold and red, was brought out and set onto the center. It rotated on a small platform, so the entire arena could see what was going on.

The stage crew disappeared to the edge of the stage, near the stairs, and a new figure appeared. He appeared to be a Buddhist monk, he wore orange robes, his head was shaved, he looked noble, and yet, he rolled a carry on luggage alongside him. The crowd remained silent. Not a murmur. Not an errant hot dog.

The monk slowly rolled the luggage toward the center and the throne. He slowed a few times as the luggage almost tipped over, until he climbed up and took a seat. A woman ran out with a microphone, knelt before him, and handed him a microphone.

The crowd erupted again. Men, women, and children went wild. A drunk man riding a camel somehow had made it through security and almost made it to the stage before being tased. This was all on the jumbotron of course. He spun around wildly as electrodes pumped electricity into his body, probably looking for the camera.

The monk motioned for the crowd to quiet again. After a few minutes, they obliged.

The monk stood on his rotating platform, held the mic up to his mouth and said, “You don’t have to be alone anymore.”

“Uh huh, you know it. You can feel it. You can see it. Look around, to your right and your left. Take that man, woman, or child in your arms and tell them that you love them.”

The crowd was silent. More silent than before. The monk lifted a finger as to cue something, and a high school band began to play up in the upper decks. The monk swung his finger around as if conducting the music. The crowd was still silent, except for the band.

And then, just as he had approached the stage, the monk began to leave. He grabbed his luggage and rolled his way back off the stage.

And the band played.