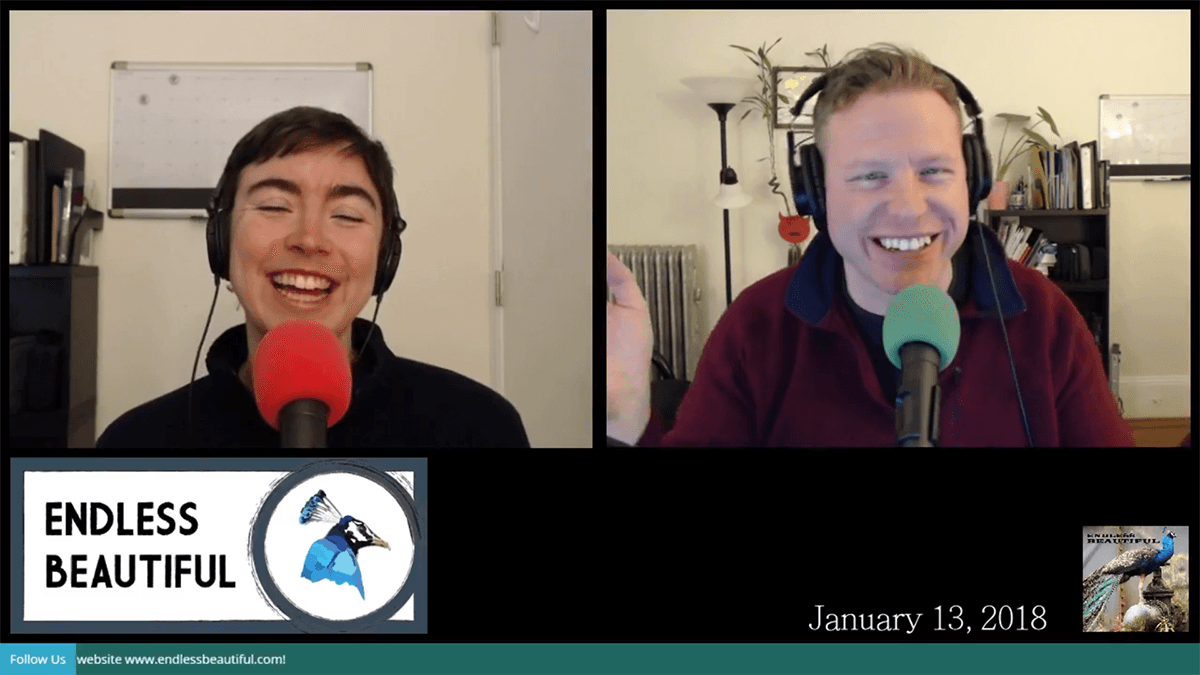 Lucas and Carolyn use EB Radio as the prompt for this . This discussion includes themes ranging from climate change to serial murderers. You never know what you’re going to get during an EB workshop!

Remember to submit phone recordings to be played on Endless Beautiful Radio on the website, endlessbeautiful.com.

He emptied the sharpener out in the small bin near his fish tank. Pencil shavings fluttered down into the basket, releasing the satisfying aroma of shaved wood and ground graphite. This was probably the third time that he had emptied the sharpener. Henry had lost count. He tended to get caught up in his work. Some called it tunnel vision. He liked to call it following his muse. Satisfied that all of the shavings had been cleared (Henry kept a toothbrush on a nearby table to aid him), Henry clapped the metal casing shut and sharpened his number 2. Ah yes, that was a good point, it was time to get back to work.

He sat at his desk in the corner of his apartment. Sun warmed the wooden floor and various decorations that he had strewn about. Some might have called the stacks of newspapers and photos lining the walls junk. Henry preferred to think of them as precious mementos. Instead of wasting his time in the evening by watching television or surfing social media, Henry found all of his necessary pleasure by examining the grainy photos that he had managed to gather and by meticulously jumping from word to word lining the pages of the newspaper articles.

The words truly transported him, Henry always found new meaning in the syntax and the rhythm. “Back Bay Bomber Strikes Again,” read one article. Henry remembered that one quite well. His first job had gone relatively unnoticed, but the police had tipped the reporter from the Times off that they’d been tracking some “Back Bay Guy.” Henry had scored three kills on that one. It really had been quite daring. A bundle of C4, tossed in the luggage area under a bus. Henry had made sure his note that he had worked on so hard had survived by sealing it in a titanium box with a key welded next to it.

Now, his next job was coming up. His biggest one yet. He loved public transportation. All of the bustle. All of the stories converging in one place. Desperate mothers pulling their children by their shirtsleeves. Loners and lovers. Perhaps even killers on their way to their own scores. But they would never make it. Not if Henry had anything to do with it. The explosives were prepped. Henry’s biggest payload yet. Enough to derail the Amtrak. Henry signed off on his note. “Love, The Back Bay Bomber” and closed and locked the box. He grabbed his luggage and locked the door. His Uber was waiting to take him to the station.