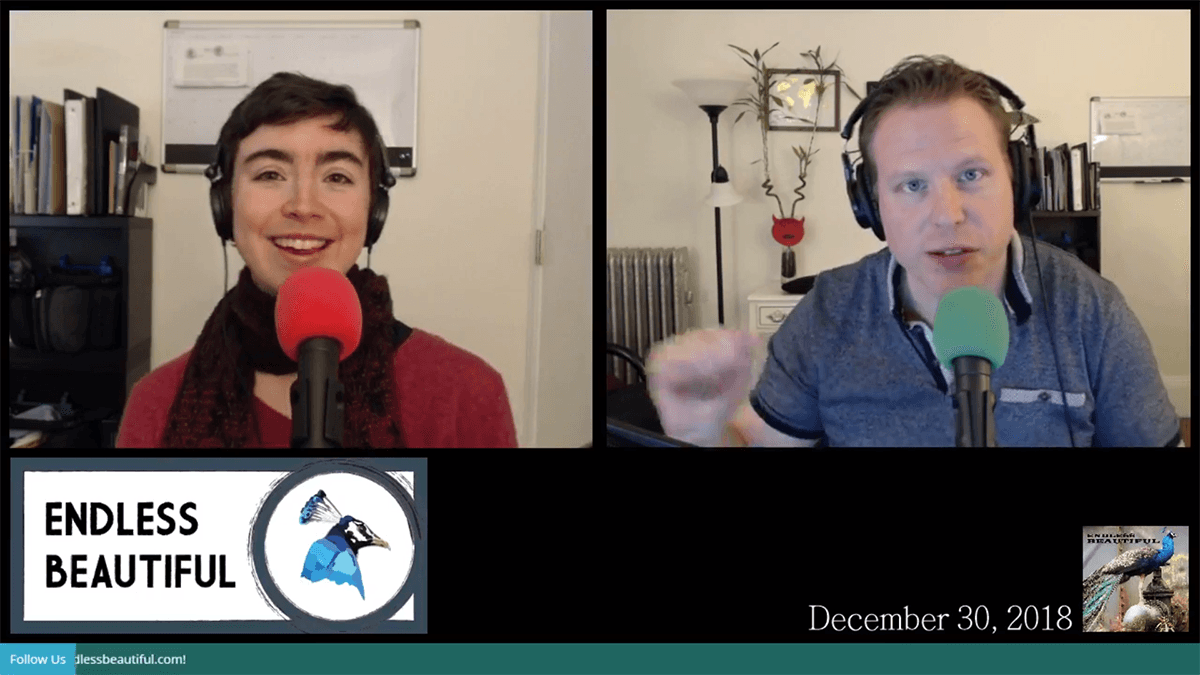 Lucas and Carolyn reflect a bit on all of the amazing developments that the listeners and participants of EB helped make happen in 2018 before using Session 38: Blacksmith for this . Lucas writes about the sometimes grueling sacrifices that a parent must make for their children. Carolyn writes about classification and how to better understand the natural world that we live in. It’s a good time!

He poured the small stones into the glass jar. It was nearly full. The weight of it had been growing heavier over the past two hours, but the chanters demanded that the rite be carried out fully. Children laughed as they skipped along the beach, throwing small sticks at the gulls and kicking at knee-high waves. His brow was dripping with sweat, his eyes stung from the wind, salt, and sand. The jar slipped in his hand as his muscles cramped. He knelt and cradled it near the core of his body. At one time, he might have asked himself, “Does this matter?”

He hadn’t eaten for two days. Long, white blisters, flecked with blood lined his feet. He had sustained a gash on his shin from slipping on the algae-covered rocks–it had almost cost him the jar. It had almost smashed upon the rocks. The children sitting in the grass above the dunes laughing. But he had caught it.

There were times that he felt like he was flying as he walked upon the beach, holding the jar, waiting for the stones to be loaded within. His stomach felt as if it dissolved or perhaps slip down his leg and out the tips of his toes, relieving him of the added weight and trouble of eating. In the beginning, when the ceremony began, he remembered wondering how a gull would taste if he would strike it with a jagged rock, smash its beak, and roast it on a spit. He had supposed then that it might taste like chicken, or perhaps a tame fish, but now, he had forgotten what any of that tasted like, or why it even mattered in the first place.

A young girl, perhaps five years old, placed her hand on the lip of the jar. He looked down at her delicate fingers grasping at the smooth glass and was struck by how extraordinarily small and articulate they were. It took him a moment to realize what she was doing–that the stones that were appearing in her palms and being flung out into the sea, had come from his ceremonial jar. She laughed and marveled.

He sat as she pulled more of the stones from the jar and threw them into the water. Her eyes sparked green and blue. She jumped and splashed like the happy gulls. Before he knew it, half of the jar was gone.