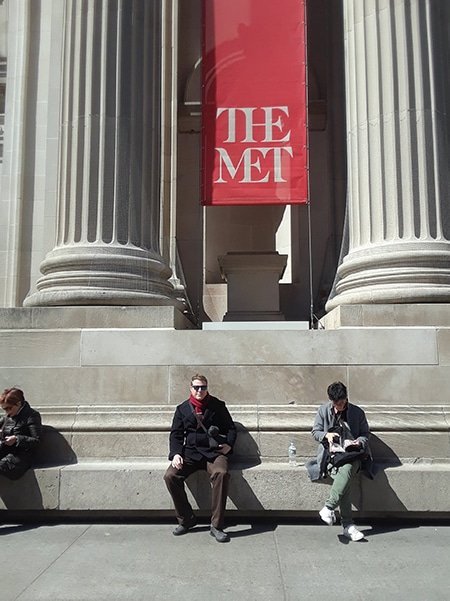 I just put together and released Session 65: Alocasia, and I thought it might be a good time to sit down, write, and maybe reflect on some things that Carolyn and I have discovered along our journey thus far. Carolyn and I have recorded all of the sounds in our sessions, I think we’re definitely at 400+ sound clips at this point. I can remember the first day clearly when I took a portable recorder, a Zoom H5 that I was using for one of my other projects Worm Island, out into the bustling streets of Suzhou, China. You can hear that recording in our first EB Session: Beaches. That is truly the first EB Session. Carolyn and I decided on the format, tried it out, and well a lot is the same and a lot has changed since then.

So what about the recordings and sessions have changed over these past few years?

We found relatively early on that objects recorded in a vacuum for just of the sake of recording that object tended to make things sterile and not promote as much creativity. These recordings definitely still have their place, but they also need to be woven in with the other more dynamic recordings. We found that it is better to capture maybe one focused object or scene, but to also capture all of the other things happening around it. We tend to get a lot more of those dynamic scenes these days because we bring the recorders out with us more often. We’re also a lot better at not looking like threatening weirdos with strange mechanical devices from space. We’re using smaller recorders and cases to minimize side eye and actively try to make people feel comfortable in the public space.

We use a lot more audio clips in sessions today than we did a year ago.

This last session had 13 clips, and I believe the two before that had 14 each. That’s a lot of audio to sort through. Especially considering each clip is a different soundscape where we were recording. If you’ve been following the Endless Beautiful Podcast, you have probably noticed that we’ve backed off from having guest interviews and workshops every week. Don’t worry, we’re not done doing interviews, but the time that was allocated to getting guests lined up, recording, editing, and solving any other problems that arose is now spent on going out and getting more field recordings and compiling and mixing them. I used to be much more frugal with the use of our recordings in the sessions. For a while there we would max out at about 7 per session. I’m not saying that less clips was a bad thing, those sessions were certainly less frantic, but it feels pretty damn good to cut 3 minute clips down to 10 seconds if I feel like it will serve the purpose of enhancing the session.

I think I’d like to try a continuous recording someday. It would have to be truly dynamic (get chased by dogs on a bicycle, jump on a zipline, play a tambourine) maybe not that dynamic, but I would want the recording to really take the listener on an adventure. Carolyn and I have recorded a few powerful scenes from some recent political rallies lately. I want to record those important moments more. We’re not the news. We’re not going to record the whole thing or necessarily provide a platform, but I think it’s important for us to capture these moments in our art. I want newbies to EB to tune in 20 years from now to a session like HQ Session 64: New York City and for them to hear the Free Syria Rally that we captured in Times Square. These are the sounds around us in 2018. They make us who we are. Our sessions can provide important context for future generations.

Carolyn and I plan on writing more articles like this help give more perspective on what we’re doing with Endless Beautiful. I think it will be helpful for both users of EB and for us to jot our thoughts down and talk about this stuff. So here’s to the future of EB and your creativity!